Can You Use A Blender As A Food Processor? How To Use The Alternative

Most homemakers and kitchen lovers usually have a question in their mind, Can you use a Blender as a Food Processor?

Although blenders and food processors have similar functions, they are frequently used in quite distinct ways. It’s best to get one of each in your kitchen. But if it’s not available, these could be used nearly interchangeably for a variety of activities. 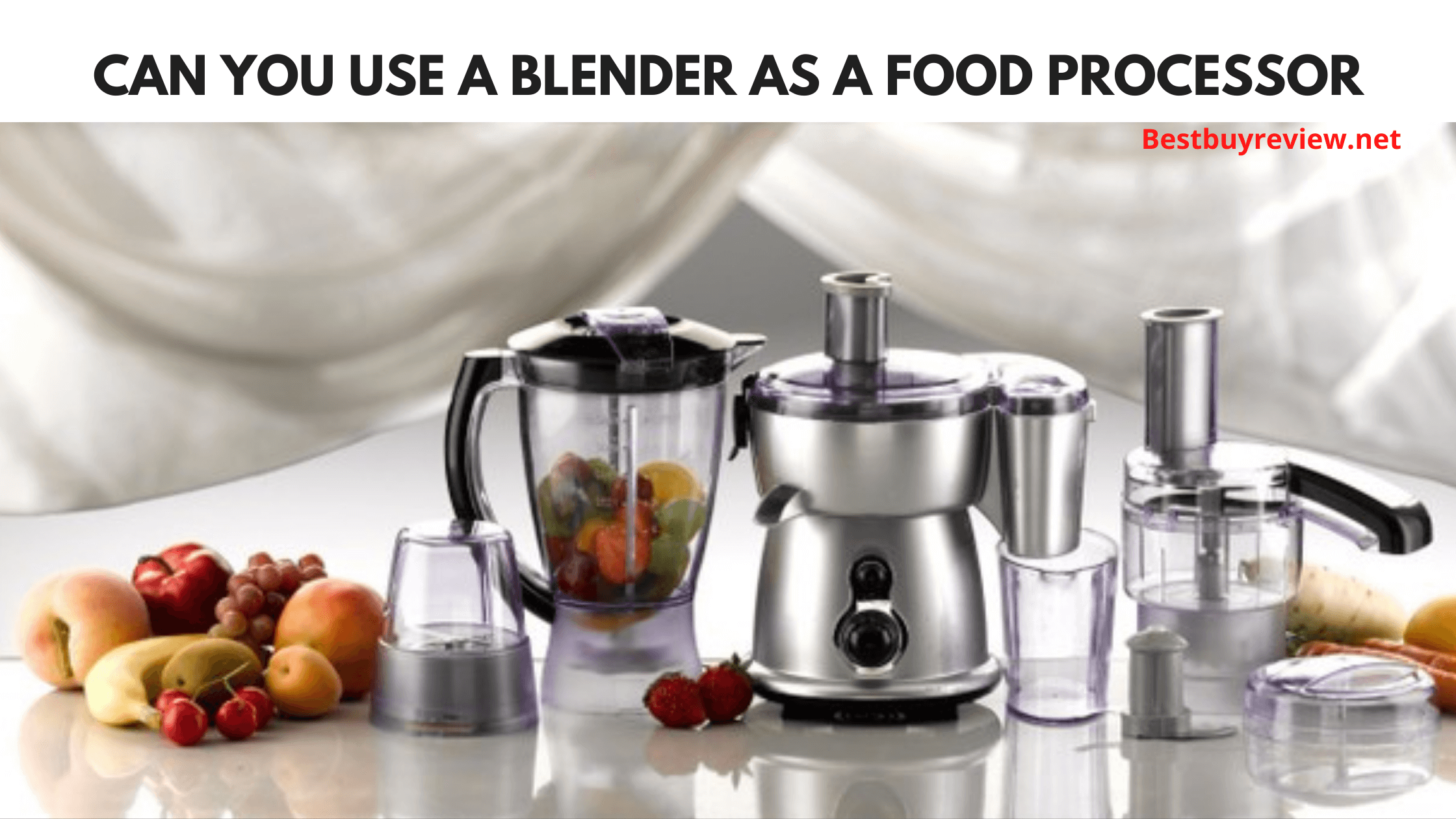 People often ask can I use my blender as a food processor?

Before discussing it further, let us take a look at what is a food processor purposes.

What Does A Food Processor Do?

A food processor enables you to produce many eateries classics at home and create new dishes using freshest, complete ingredients free of chemicals and preservatives.

Fresh foods have a more extraordinary flavor and retain more micro nutrients. You can make them in a matter of minutes using your food processor, then clean up quite easily in the dishwashers.

Food processors are good at preparing dry foods because of the form of their bodies and the adaptability of their blades. However, they are not quite as good at blending liquids since liquid stuff likely to get stick along the edges of the food processor, where the blades can’t reach it.

Uses Of A Blender

Another handy kitchen gadget is a food blender, which has powerful blades that rotate quickly and puree various foods such as vegetables, nuts, fruits, and even herbs. It’s the best choice for making juice, smoothies, sauces, or anything else that requires liquid.

Blenders contain four parts, similar to food processors: a motorized base, a container, a set of usually detachable blades, and a cover. The controls on the bottom of a blender include speed and mixing options.

The majority of blender containers are conical, having handles and pouring spouts. The revolving blades of a blender screw into the base of the container, making them simple to detach.

However, many blenders contain additional accessories for grinding coffee and nuts. Standing blenders are divided into two categories. Mini-blenders can make 1-2 servings at a time while Jug Blenders can make bigger quantities at one time. The blending cup doubles as a travel mug also. These blenders can cost anything from $20 to $500.

You can also check Best Blender

How Is A Food Processor Different From A Blender?

A blender and a food processor appear to have a lot of similarities at first look.

The majority of designs of the two machines have a power base that holds a motor and a food container. In addition, strong blades are at the bottom of the vessels to cut up the food. For some jobs, like pureeing or ice crushing, you could even use them alternatively. 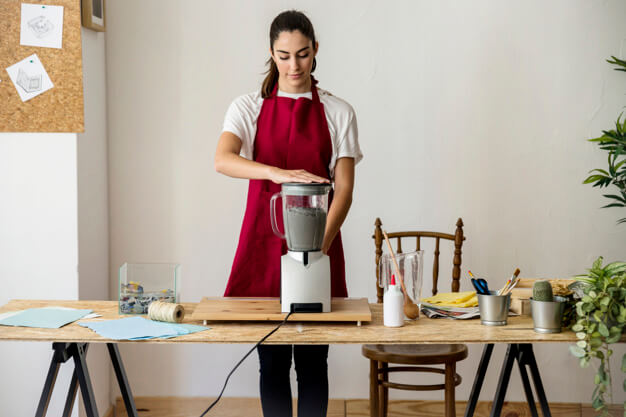 The accessories, particularly the cutting blades, are the most significant distinction between food processors and juicer blenders. On the other hand, food processors often feature more than one blade assembly at their base, but blenders typically have just one.

Blender motors are usually more potent than processor motors. It’s most likely due to the requirement for a delicate, smooth texture. But you can use a blender as a food processor for specific food items. A substitute for a food processor could be a versatile blender.

Can You Use A Mixer Instead Of A Food Processor?

As previously said, you may use your blender as a food processor. However, you may need to modify a few settings occasionally. This is because the performance of food processors and blenders is practically comparable. They’re often used in various ways, and some people keep them in their kitchen for specialized purposes, but they may be used alternately in many recipes.

When using a blender as a food processor, the first thing you need to do is to slow down the blender’s speed. Because blender works at a very high speed and changes food into liquid in less than a minute, comparing this speed to the food processor, it is slow in the process. You will have to change the setting of liquid to a typical blending.

As you know, blenders make drinks, may it be juices, purees, smoothies, shakes, or dips and sauces. They are liquid. So to get the result of a food processor, you should never!

Yes, you read it right; never add water in the process. As not adding water or any other liquid during the process will give you a thick texture. Like you get from a food processor.

How to Make Ice Cream in a Blender

Briefly, stating a blender is preferable for products that contain a lot of liquid, such as smoothies and soups. On the other hand, foods that are primarily solids and need more hard processing, such as cutting and chopping, are ideal for a food processor.

Nevertheless, since the border between a food processor and a blender is very narrow, high-end appliances that can execute both duties brilliantly are now available.

Here, I have made a table to give you a better idea about the jobs a food processor and a blender differ in doing.

Food processors and blenders both are equipment that process food. They have a similar appearance and appear to use the same mechanisms for dealing with substances.

However, they aren’t created and developed with the same goals in mind. You’ll notice that they have different characteristics if you invest some time trying to understand them.

These two machines, despite popular assumptions, are not pretty identical. While both machines can create some dishes equally effectively, blenders and food processors have physical distinctions. These differences make one of them better suitable for different cooking than the other.

But still, you can make some of the food items in your blender which you make in a food processor. You can do this by slowing down the blender speed and changing settings. Moreover, keeping the ingredients dry will also help you to get the desired results.